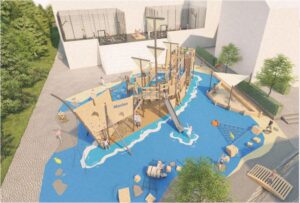 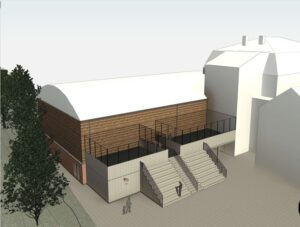 Join us in raising money for a new playground for Skipper Clement Skolen!

Who is it for?

The playground is targeted towards our youngest children aged 5 to 11 years. It can also be used at weekends and holidays by local families.

A playground with a history..

Skipper Clement was a real historical figure who lived between 1484-1536. He was a merchant and later a captain of the navy of King Christian 11. In 1534 he sailed into Aalborg on a ship, capturing the city and leading the peasants of Northern Jutland in a revolt against the nobility, which at the time the peasants won. Historians have depicted Skipper Clement as a champion of the rights of the common man.

Not only did Skipper Clement have a ship or two, he also had a wife called Marine Sørensdatter Munk.

The theme for our new playground is the sea, we mean to give our Skipper Clement a ship and we shall name her Marine!

A ship is a symbol for the future also. In Denmark we teach children about democracy, freedom and human rights. Skipper Clement’s ship stands as a symbol of our commitment to those principles.

Our school has joined the green school movement, (www.grønskole.dk) and sustainable development is now a focus for our school. We are choosing carefully when designing the playground to make sure the materials we are use are sustainably produced and environmentally friendly.

What will be in the playground?

The new playground will stimulate our children’s physical skill development and their fantasies. In addition to the ship and the sea next to our existing river, there will be a sandpit, a harbour with building blocks, an obstacle course and a track for the moon cars that can double up as a running track. Our two new small football pitches will be a popular feature.

This playground development follows on from the construction of our new Clementhuset finished in 2020, with its 12 classrooms for our younger students.

How can you help?

Our target is to fund-raise 1 million kroner towards this project. Any contribution big or small would help!

What can you do?

You can make donations via our mobile pay number 552194

If you would like to make a bigger donation or organize a fund raising event, please contact